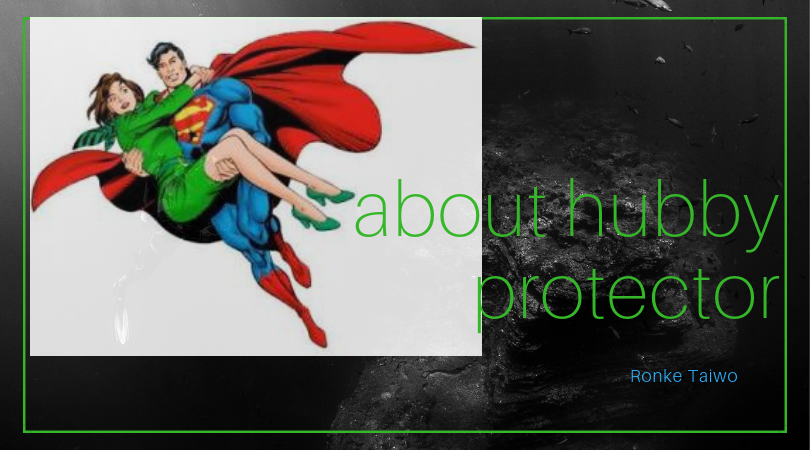 ABOUT HUBBY PROTECTOR
I remember when we almost lost our first child to pneumonia. I and my hubby kept vigil in the hospital as various drips were attached to my baby’s body. I was totally shaken and not strong at all so my husband was comforting not only Ini but also ” Mummy Ini.”
In comes in a matron Who insisted only one Parent should say with a Child. I had never seen my Husband get so angry . He asked politely why one of us had to go out since he was the father of the child. The matron started screaming that the ward was too congested and that he should go out. My husband said he was not moving an inch. He said we both have the same duty to the child. He said a statement in yoruba “Mummy, se eri omo yi a jo bi ni” (mummy, we both gave birth to this child) and he insisted on staying with us. I was trying to calm him down and told him to go out for a while until the matron calms down but my husband didn’t even look at me. He insisted he was going no where and won the argument.

The next couple of days as the boy got better. I ,my husband and my mother in law shared bed duty until my baby was discharged. I don’t know why i never forgot that incident, maybe because of the tenacity with which my husband insisted he must stay with me.
Another one happened when i travelled back home from another location. Due to serious traffic i arrived to my area around 11pm. Note that i was heavily pregnant with my second child, so it was a surprise when the vigilante (security men of the estate) refused me entry. I called my husband and he came running to the estate gate.
He was livid and asked the men how a pregnant woman would be a thief and insisted they opened the gate in a commanding tone. The men who were high on some drugs already started shouting at my husband and took out a gun and pointed it at him telling my husband to go back. My husband kept arguing with them even with the gun pointed at him. I started screaming that i was not ready to be a widow and told my husband to calm down and go back home. He later went and came back with our landlord who settled the matter. On our way home i told him not to act like that and that he could have been killed. He said it was his duty to protect me from harm.
I appreciated his concern but made him know i needed him alive than a matyr. Jesus has already died for me mbok.
A real man should go all the way to protect his woman and my hubby is a real man.
Love you,
Victor Taiwo.