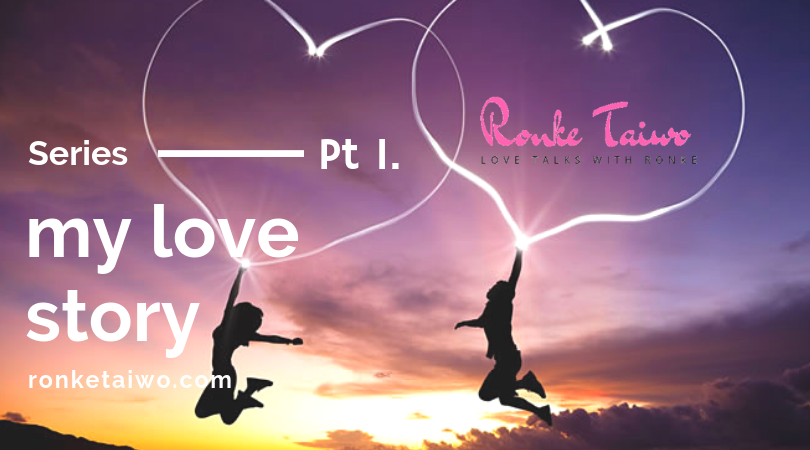 “Aderonke, how are you,” My one and only elder sister said to me on phone

“I’m fine”
“What is this am hearing about you being in a relationship with someone who is not born again,” She accused
“No, I am not in a relationship with him. Its just that I am in love with him.” I Stammered
“You know he is not even someone ready to become a Christian. His denomination does not even believe in the Holy Ghost and so many other things. That love is not love; you better cancel it from your heart. There is more to marriage than feelings” She said matter of factly as she said her goobyes and dropped.
Everyone doesn’t seem to understand me, I moped. Have they ever been in love.
Have they ever felt so loved. I laid down on the bed and the tears seemed to come again.
“God, you are my only ally, Try to understand me,” I plead in my heart

“I can’t let you marry someone who doesn’t know me.” He replied
“Then make him know you. Touch his heart.” I argued
“I am a God who gives people a free will and moreover your request is selfish. Are you after his soul now that you are in love with him. Do you know how many sinners I want to come to me. Quit that relationnship and now.”
The tears came again in torrents. I knew it wasn’t God’s will. In fact I threw God two fleeces (will tell the story another day) and the answer came clearly. It is a no-way situation. For every born again Christian, God cannot go against his word (His word is not to be unequally yoked with unbelievers). Don’t ever let a dream, or a prophet to make you go against God’s word. I knew God had a plan for me and that I have a call (though as at that time not clearly defined.) but marrying against his will was definitely out of plan.
I met Oladele(not real name for confidentiality sake) during my service (NYSC) year and I could boldly say it was the first time I fell head over heels in love with someone. I thought of him every time and dreamt of him at night but he was not born again. We didn’t have the same moral beliefs and I must confess I was being swayed emotionally and enjoying it. My emotions and feelings were enjoying but my spirit was screaming no. I have been a good Christian for years. Even though I fall sometimes I knew what was right from wrong and my desire had always been to please God, but right now it seemed there was a war between my flesh and my spirit. I had friends(they know themselves) that warned me and told me the truth but I just refused to listen.
We broke up more than five times but we were always making up again. I just found it hard to say good bye even though I knew I couldn’t marry him. What made it harder was that he was so caring and loving. He always went out of his way to please me and he seemed to have all I wanted in a guy. He was handsome too and ready to marry me.
I got to a point that I had to stand firm on my decision. I prayed specifically for strength from God and I decided to do his will and say no to the relationship. Did I get a new man immediately …no, but about a year later (after I have waited and stayed true to God). He sent someone to me and I must confess I was glad I took that decision……………
…..to be continued
Aderonke Taiwo
June 12, 2012.
(Names, places and situation might not be accurate but its a true story that happened to me. Look out for part 2)