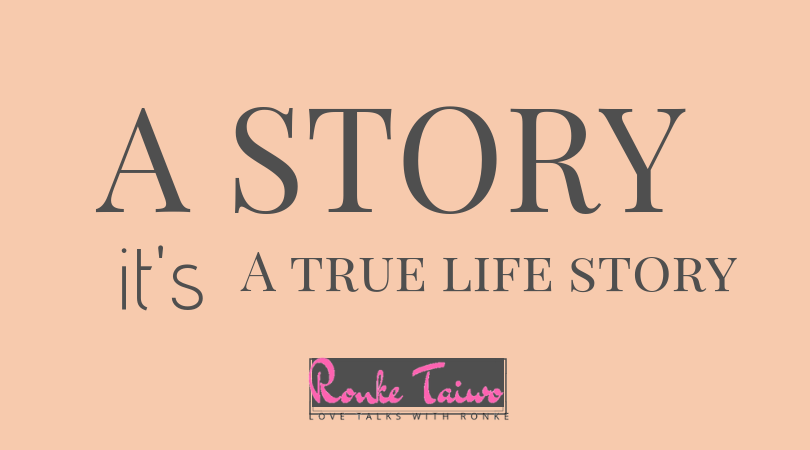 He was born into a family with a Silver spoon, but along the line the spoon dropped. Hey, Let me tell you a story of a friend. He was the second born of a family of four, 2 boys, and 2 girls. His dad was a banker and his mother worked at a very nice company in Ibadan ,Nigeria and had some other businesses running. They had it all going for them. Took vacations to other states in the country, went to trans amusement park at almost every holiday celebrations, visits eateries at leisure, had the best of toys, Cable TV and house hold gadgets everything a child would ask for.

All of a sudden, disaster struck. They lost the only father they had ever known to Typhoid and things started toughening up. Not long after this their mum lost her job and got duped to the tune of millions from what she has in her business.
The only silver lining in their dark clouds was that their mum gave her life to Christ at that time. That was the thing that held her together. At this time, my friend just finished secondary school seeking admission into the university. He almost missed his last SSCE paper because there was no transport fair, thank God he got eventually though he had P8 in that last paper which was Yoruba and thank God that was his lowest grade in the Exam( he passed all other papers). Thank God he passed his JAMB and his first sitting and the admission letter was brought to his house, After he got the admission, it was hard for him to even eat because there was no money anywhere , thank God that he had also given his life to Christ and was on fire for God at this time, he was able to seek God’s face in prayer and fasting, joined a bible based Pentecostal church and has started serving God there.

But when school was to resume, He couldn’t get a bed space in the hostel just because he couldn’t produce N180 on the first day of resumption. My friend said through it all, he judged God faithful and still kept on with the faith. He and some other church members pioneered their Church Campus fellowship, even though he was broke. It got to a stage that things got so bad which affected his academics and he had to leave school. At that point he got so confused, but one thing that kept him going was his love for God. He had lost hope in people because many people who had known them when they were rich turned their backs on them.

After he left school, he had to go and look for job for almost 3 years, but still serving God and hoping and trusting in God for a turn around. So he began to meet and get close to spiritual leaders who started noticing him and taking interest in him and helping him in various forms. God heard his prayers when he eventually got close to one of the Leaders in the church he was attending and he got adopted into this man’s family. He started the admission process all over again and got admission into another university. At the same time he got help from this man, He also got contacted by a brother who was his follow-up teacher in the fellowship he had attended before. At that time this brother had travelled to Canada and after hearing his story decided to be sending a particular amount of money to him (in dollars) every three months. That was how he was able to finish his University education, with two sponsors (who were not related to him by blood). Today he is a Pastor, who has a business, with a beautiful wife and a son. He has a lot of reasons to thank God.

Hmm, why did I tell you this story. To give you hope that no matter what you are going through, don’t give up on God. Don’t think of stealing or prostitution as an option but hold on to God and his promises and he will show up for you. I can assure you it was not easy when my friend was going through all this. He became as slim as a pole, but one thing he never lost was hope in God and the belief that his future will be bright.

Do you have Christ? Christ saved him and lifted him up. Gave him help, gave him a new family, provided for him all what his biological father could not provide. Are you born again then I have good news for you. You have a great future and a hope. God sees all you are passing through, it is just a passage, you will come out of it, it will soon be over. See the hard times as a learning period and the fact that God is trying to teach you something. Afterall some say, “your ministry is in your misery.”

My friend, since that time, has a soft spot for people who don’t have money for anything academic in nature (including NECO, WAEC, GCE and any form of School fee) because he has been there before and he knows it could be frustrating to need help with no one responding to your need. Another thing he learnt is the act of investing, especially in personal businesses and not putting all hopes in a job, which you can loose easily, like his Dad and Mum did. It also made him wary of unrealistic business deals and made him more careful in handling his businesses, so he won’t be duped. Most of all, he learnt that God’s word is ever true and can never change. God said in Jer 29:11-12 “For I know the plans I have for you,” declares the Lord, “plans to prosper you and not to harm you, plans to give you hope and a future. “ NIV.
I believe it and I look forward to a greater future which starts now. What about you.
Lots of Love,
Aderonke Taiwo
24/6/2013

NB: I forgot to mention that I have the permission of “my friend” to share this story after convincing him it will bless lives. This friend is very dear to me and I love him so very much. For those of you wondering who this friend is (who haven’t decoded yet). He is my Confidant, Lover, Pastor, and HUSBAND and I want to appreciate him publicly for allowing me to share part of his life with you. Kindly help share. Thanks.